Our escape was our inner protest against the dominating administrative loutishness and demeaning attitude toward people at the time. We always were against the theft of others’ ideas, and against the occurrence of thievery generally. We ourselves did not fully understand then that we had created our enterprise also for other “refugees,” who flowed to us upon learning of the high standards of mutual loyalty, which were unusual for the time, which were the foundation of our corporate culture. In this manner, we created the unique creative core of our enterprise. We dreamed of creating a fair place for the self-realization of honest talent, and our organizational structure and corporate culture would only facilitate that task. And seemingly something of our succeeded…”

From the recollections of two friends, Grigoriy Shapirshteyn and Aleksei Kovalev, founders of

was founded in 1992 by two friends – Alexei Kovalev and Gregory Shapirshteyn with equal shares, in all areas and projects of the group.

Chronology of the development of ELO:

–  1996 – Import and domestic trade paper for the printing and packaging of the Swedish, Finnish and Russian suppliers

–  2000 – launch of call-center and telemarketing department for trade stationery

–  2005 – acquisition of land (3 hectares) in Kiev and the construction of a modern production base factory “Printing”, and other projects

–  2010 – launch of air-project, the reconstruction of light aircraft by type AI-10 for export.

–  2011 – the establishment on the basis of equity Polesskaya Potato Company (GAC), started growing and selling potatoes (300 ha). Purchase of 25% of the shares. 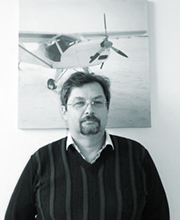 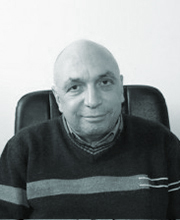 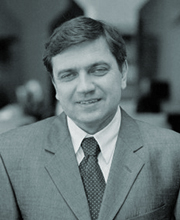